This 500W per channel portable Mixer/Amp is now back up and running.
After the service agents declared the equipment US (un-serviceable), I decided to give it a go, since I have the time and don't have to make a living fixing blown-up switch-mode power supplies.
It's a tough one, for a technician. The failure is often very destructive which makes it hard, if not impossible to do a repair/reconstruct financially viable.


The Fender Passport PD-500 in particular is a rather complex design. Repairs are usually done by board replacement, which is prohibitively expensive, which relegates too many PD-500's obsolete.
They can be fixed however.
Sometimes:) 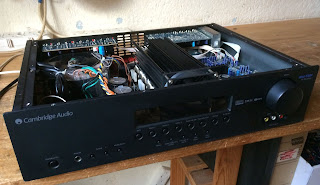 Despite the fact that the amplifier was working fine, it was manufactured in 2005 and a full checkout was a good idea.

As it turned out, there were a number of issues with the Amp.

Faulty or degrading electrolytic capacitors are one of the main reasons old electronic audio equipment fails. 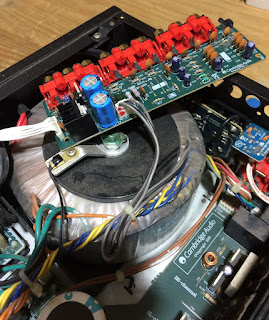 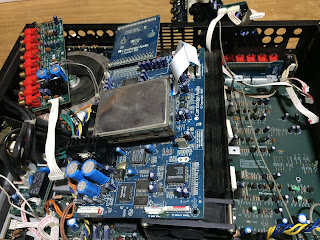 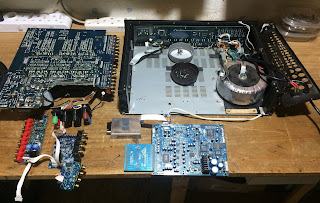 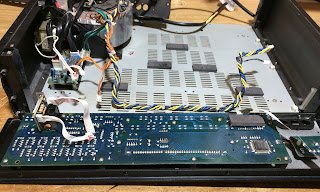 After replacing the capacitors below, the amplifier was reassembled but went into overload protection mode. 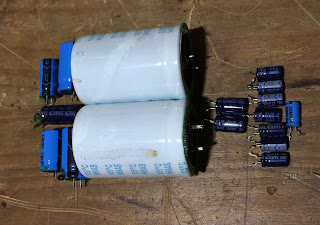 Except for when the headphone board was disconnected. 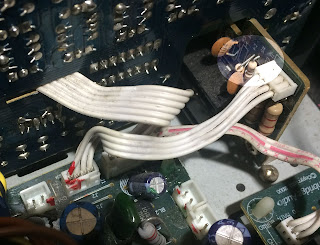 One side of a resistor was not soldered into place for some reason.

Having repaired and checked the headphone board did not resolve the problem completely though.

The Amplifier now worked using headphones but went straight into overload protection mode when the phones were unplugged.

I did what I usually do: studied the circuit diagram and then gave myself time to think.

Since the protection circuit monitors output data prior to the output relay isolation and muting circuits - the issue lies somewhere between the amplifiers output jumpers from the main board and the speaker binding posts.

After a second strip-down and inspection of the speaker printed circuit board (PCB), a previously botched repair job was evident. 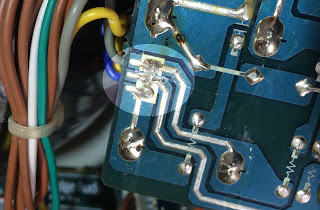 The PCB was repaired, re-soldered and cleaned up. 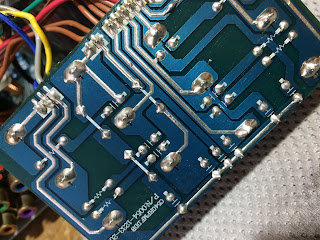 After a provisional assembly the amplifier tested OK.

A complete assembly was done, and all systems (except composite video) were fully tested.
Analogue, optical, Stereo, Dolby Digital-EX/DTS ES, Pro LogicII/Neo 6 and all DSP modes were tested and passed.
The 6.1-pre-amp sub-woofer also tested OK - including sub-sonic.

The Cambridge Audio azur 540R AV is back in service with 600W of Dolby 6.1 Surround Audio excellence.